In the words of Derek Eller Gallery:

DiBenedetto paints while standing up. On his feet he develops a counterintuitive strategy towards abstraction. Instead of negating language and iconography, he looks to over-expand them through swarming gestures, reaching a point where they collapse under the pressure of their own weight, meaning, and paranoid history. Structurally speaking, DiBenedetto’s paintings have more in common with Thomas Pynchon than his art world peers. This enterprising sprawl of paint presents an unsolvable equation similar to the question of: how do I ignore the authorities demand for me to participate in ignoring their request? 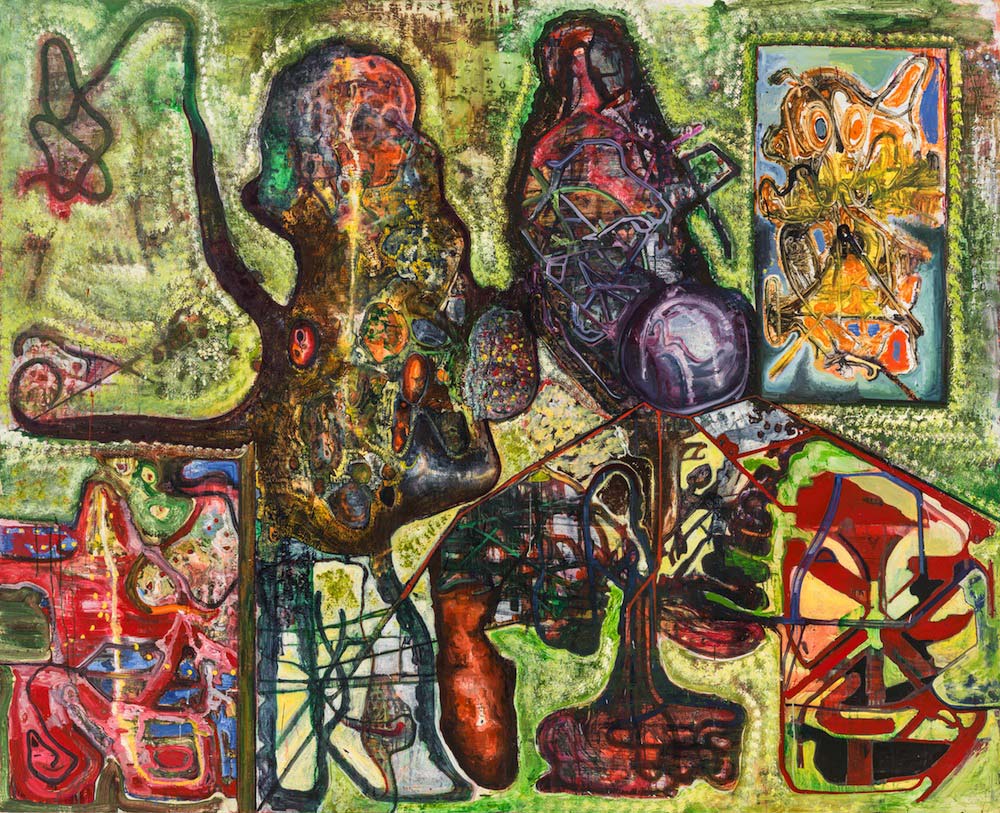 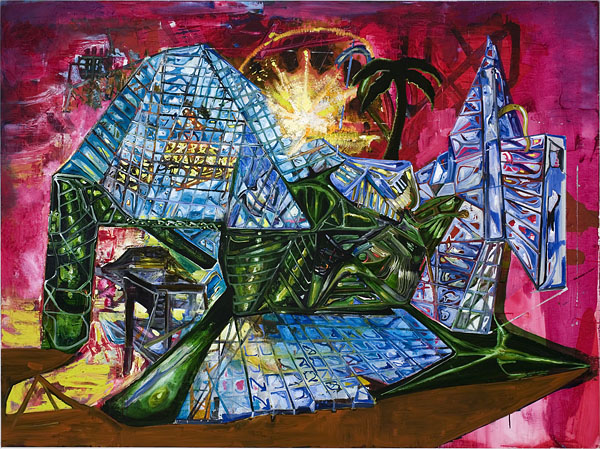 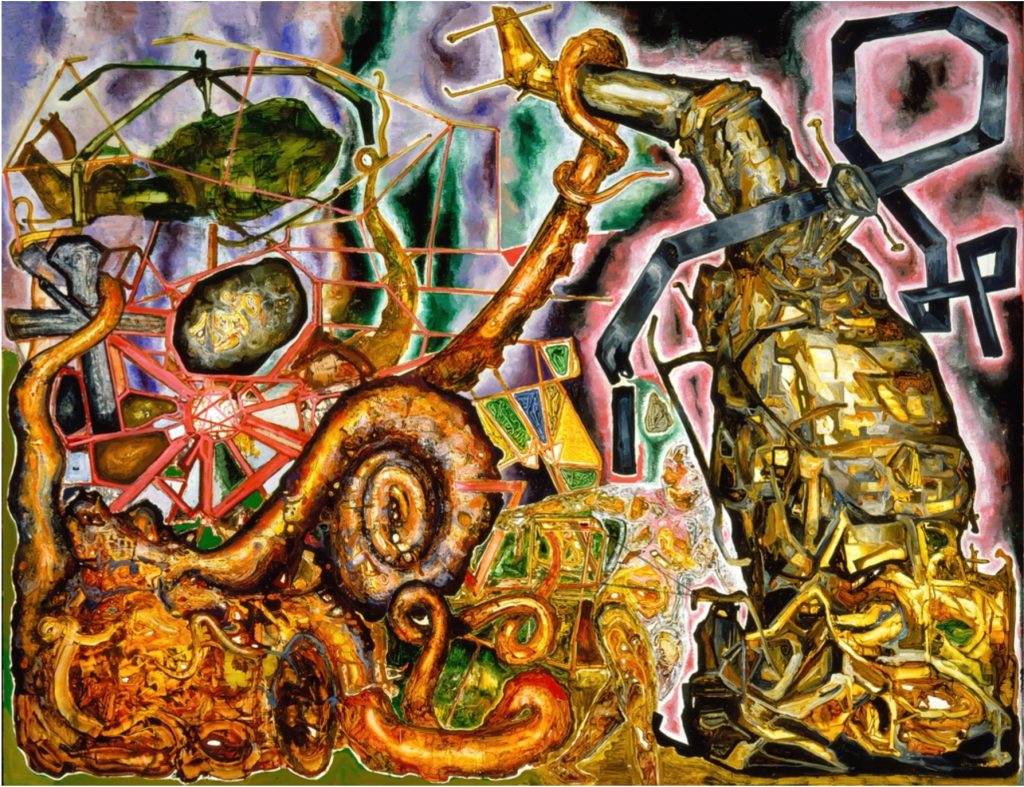