Working in the intersection between art and science, Nathalie Miebach translates data generated by weather systems into musical scores that become blueprints for sculptures. Miebach cites data in two dimensions, sculpture in three and music in four as “equal components” in her practice.1

“Data is my primary medium and forms the DNA of my work. . . The work explores possibilities and provokes expectations in both science and art—how artistic processes can further our understanding of scientific phenomenon, and how the integration of science can provide new trajectories into artistic practice.”
– Natalie Miebach 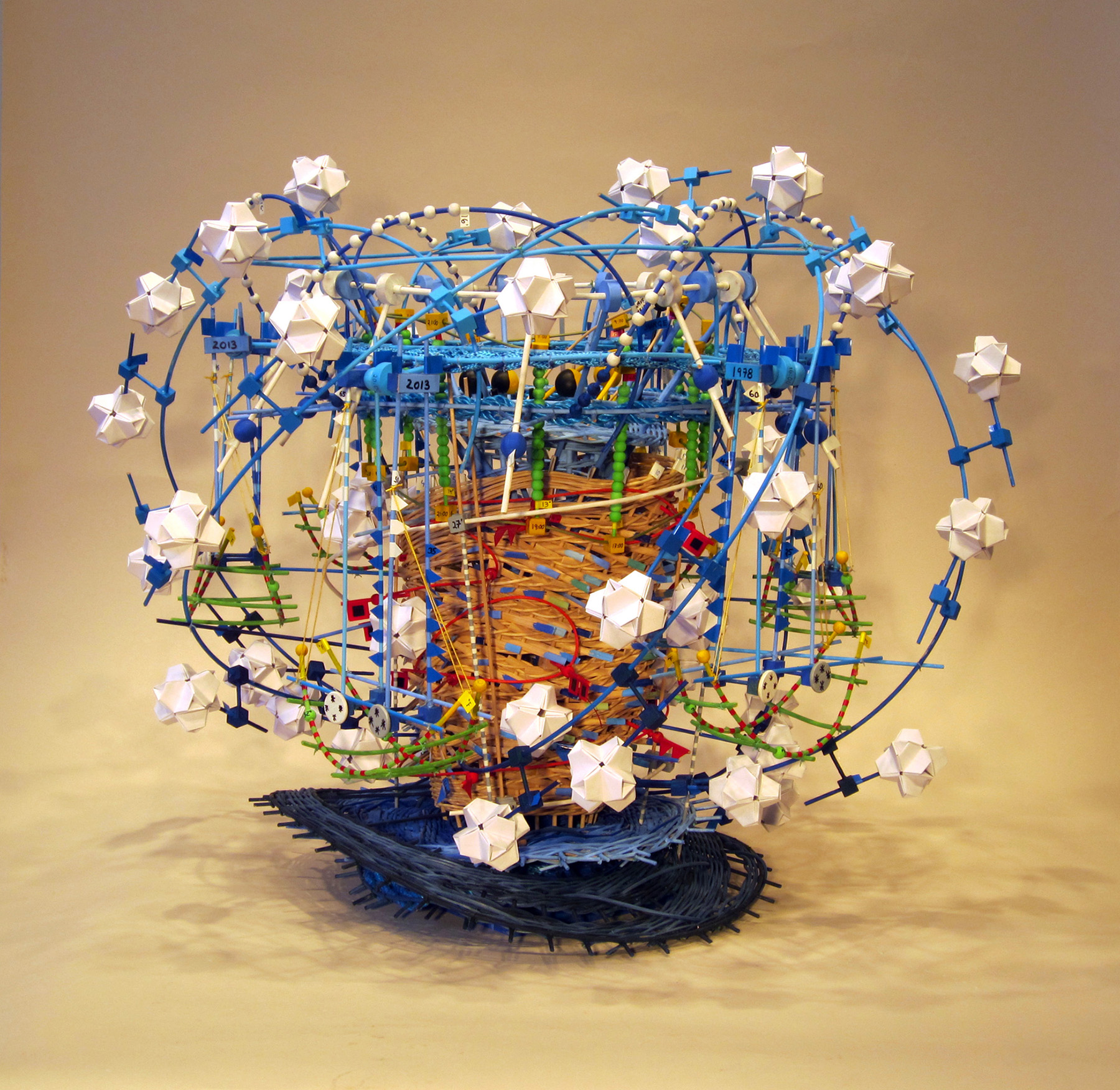 In the Shadow of a Giant

The Blizzard of 78 has remained a measurement pole against which all Nor’easter storms are compared to. Every time a bad one hits New England, the memories of the Blizzard of78 are awoken. The Blizzard of 2013 shared some eerie similarities with the Blizzard of 78 – similar wind strengths, high waves, and a development of an eye in the center of the storm. The piece translates wind, temperature and snow data from both storms. 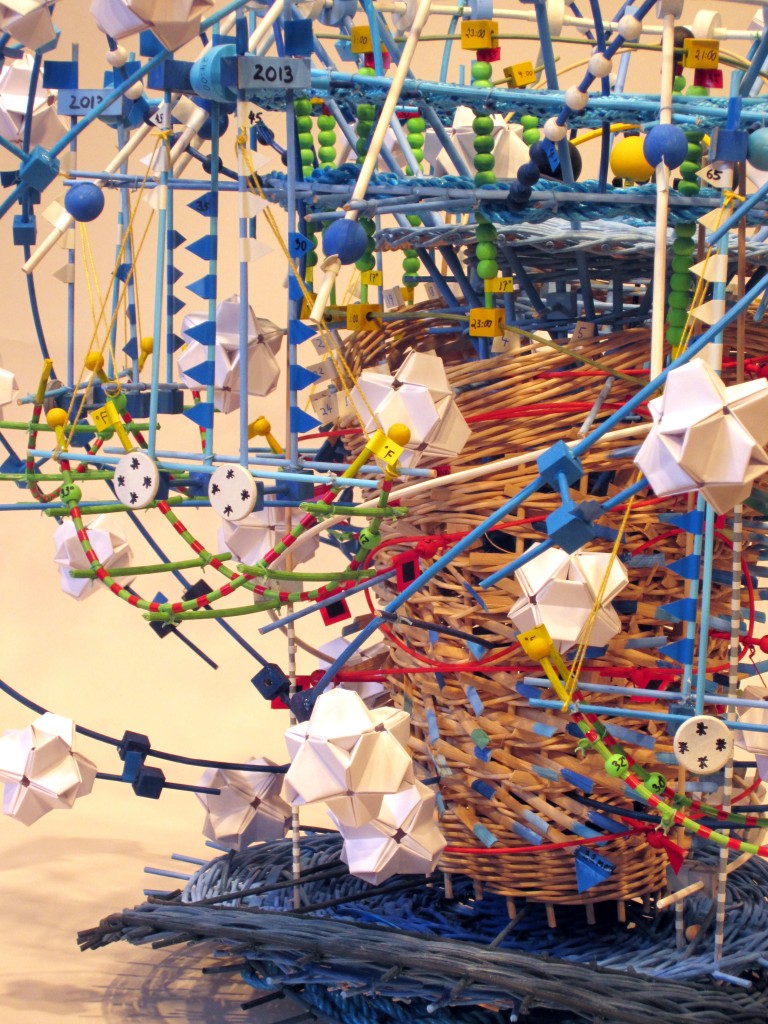 In the Shadow of a Giant (close up) 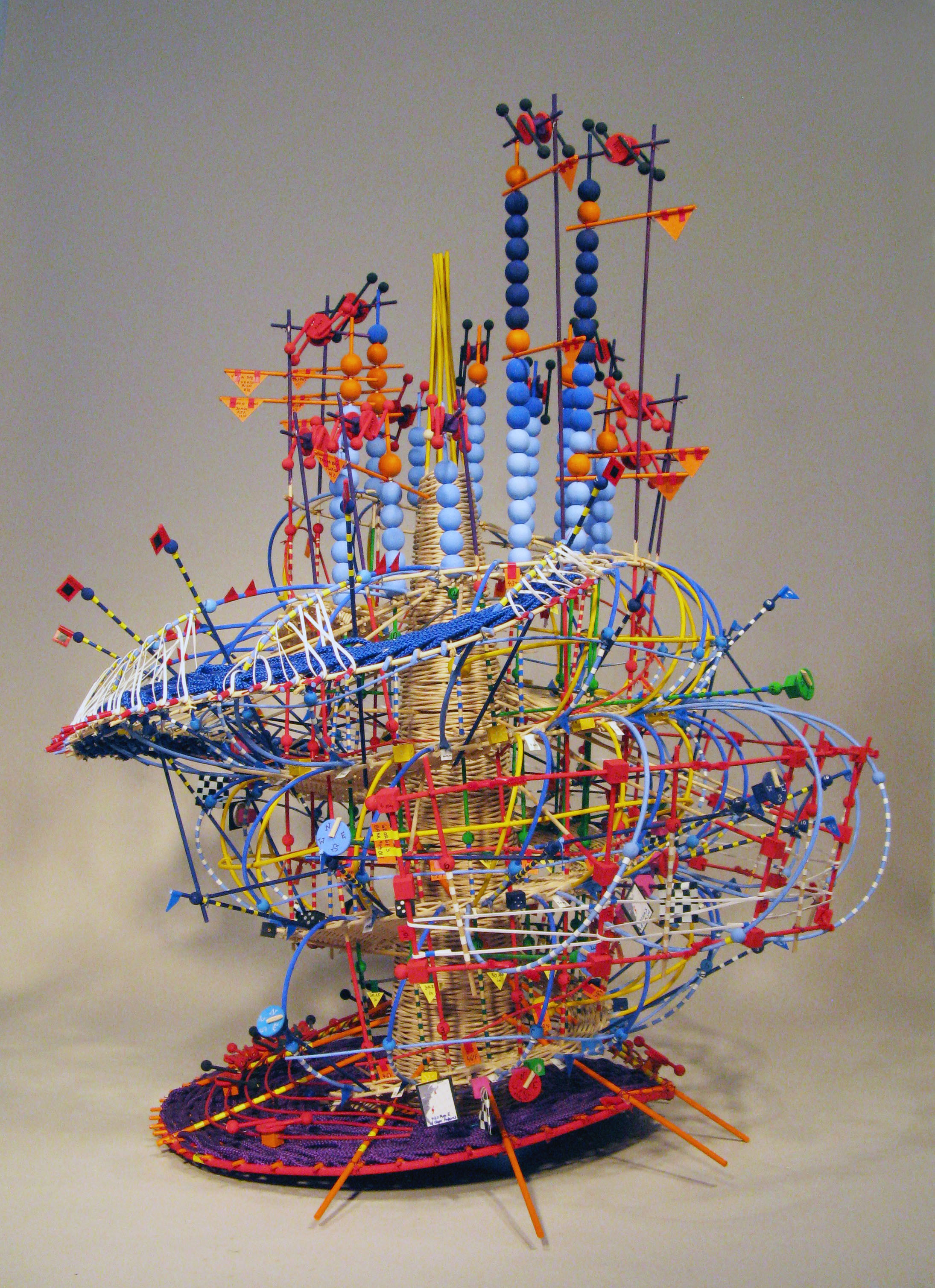 3D Musical Score of the passing of Hurricane Noel through the Gulf of Maine, Nov 6-8, 2007. Meteorological data comes from two weather stations in Hyannis, MA and Natashquan, Quebec as well as an off-shore buoy anchored on George’s Bank in the Gulf of Maine. 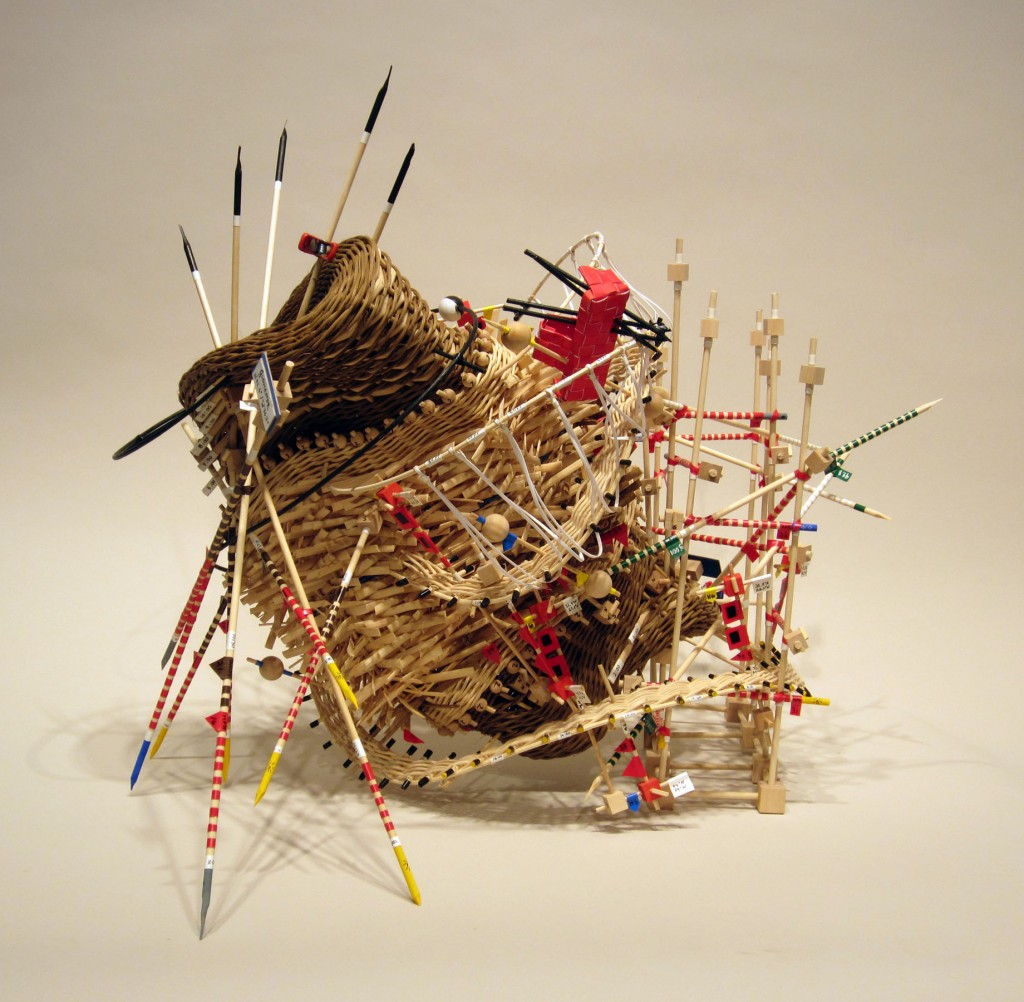 And the Winds Kept Roaring Through the Night

In late October, a complex systems of storms known as “The Perfect Storm” led to the sinking of the Andrea Gail, a fishing vessel from Gloucester, MA. While it was never known where exactly it sank, she is believed to have gone missing near Sable Island, known as the graveyard of the Atlantic. The piece translates wind data from St. John’s, Sable Island and Gloucester during the fateful night of Oct 28, 1991. 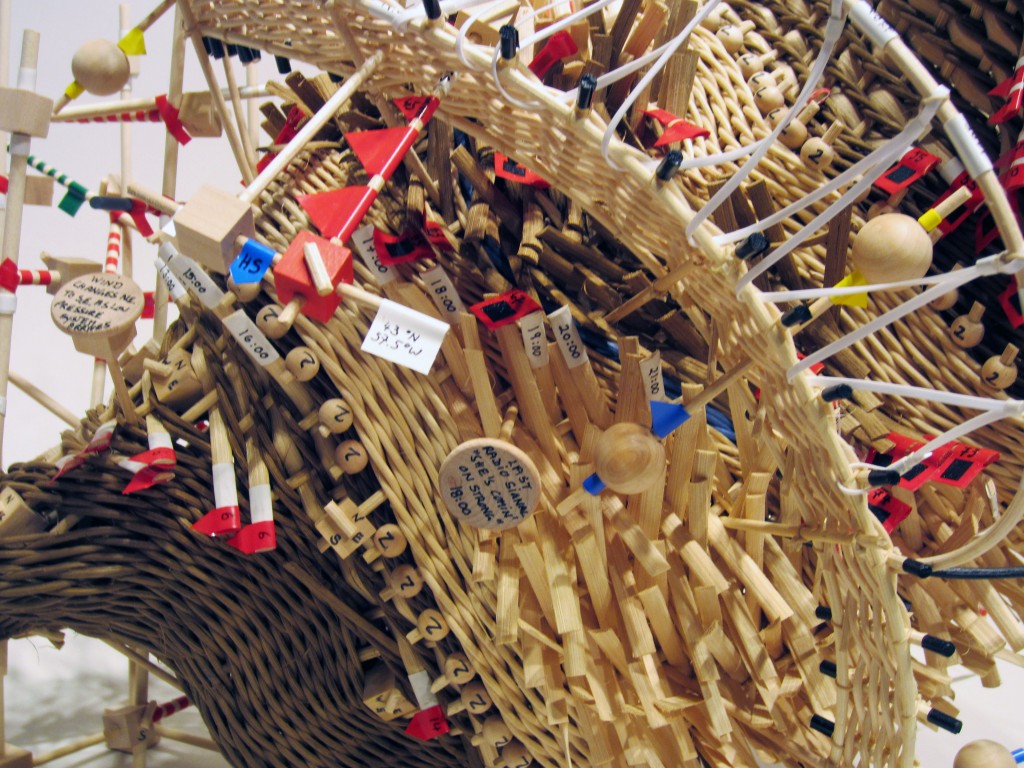 And the Winds Kept Roaring Through the Night (close up)